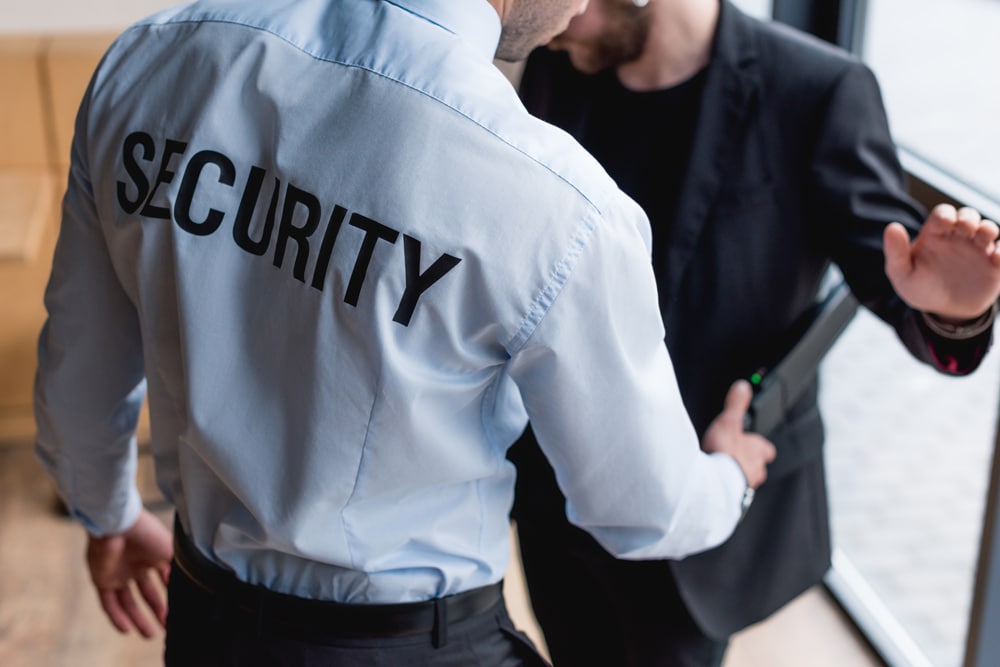 With this qualification you can immediately apply for a SLED Class 1 security licence and begin working in NSW, but you may not realise that the course also acts as a pathway into higher education and career advancement.

This blog unpacks 10 career pathways for guards in NSW, covering everyone from crowd controllers to security business owners and risk consultants. Let’s take a look.

Crowd controllers work at licensed venues, events, sports grounds, and functions where there are large numbers of people. They are responsible for enforcing a venue’s NSW liquor licence, screening patrons at entry points, and maintaining safety and order.

Security guards on mobile patrol work out of a vehicle and oversee the security of several properties during the course of their shift.

They are responsible for carrying out perimeter checks, responding to alarm triggers and disturbances, and may be required to apprehend trespassers and offenders.

Static security guards work inside a building or property and are often assigned to a single entry point, screening visitors and issuing entry passes. They may also be required to patrol the perimeter of the premises, checking windows, doors, and gates.

To work as a static guard in NSW you require a Class 1A Unarmed Guard licence and a current first aid certificate.  Some venues may also require an RSA competency card.

Guard dogs can be a deterrent for trespassers and very often detect and apprehend offenders. They are assigned to warehouses, industrial estates, construction sites, sports ovals, and known hangouts for drug users and gangs.

As a K9 guard you’ll have a dog (or several) as your partner and be responsible for the dog’s health, wellbeing, and training.

Most people think of bodyguards as personal protection officers who work for executives, celebrities, and VIPs, escorting them to events and keeping them safe in crowded situations. But bodyguards also protect witnesses to crimes, victims of domestic violence, and money handlers.

Bodyguards in NSW must hold a Class 1B Bodyguard licence plus an advanced first aid certificate. They do not carry firearms.

As a surveillance guard you’ll be responsible for deploying response personnel and communicating with stakeholders. You’ll also need to complete proper documentation and incident reports.

To work in NSW as a surveillance guard you’ll need a Class 1E Monitoring Centre Operator licence and a current first aid certificate.

Event Security Supervisors lead a team of security personnel at events and festivals. They may be required to carry out event risk assessments and oversee event security.

To work as an event security supervisor in NSW, you’ll need either a Class 1 or Class 2 security licence, plus a Master Licence. You will also require a current first aid certificate and an RSA competency card.

Security risk consultants carry out risk assessments on a client’s operations and property, then make recommendations for security systems and equipment to minimise the risk.

In NSW, security risk consultants must hold a Class 2A Security Consultant licence. To obtain this licence you must have previously held a recognised security licence for at least 5 years.

Finally, the career that many security guards aspire to, owning your own security company. As a security business owner, you’ll provide security services to a range of clients, hiring and managing trained staff, and using the latest technologies.

To own a security business in NSW you must hold a current Class 1 or Class 2 security licence plus a Master Licence. You will also require a range of additional licences including first aid, RSA, weapons, K9s and vehicles.

Want to get started in the NSW security industry?

Your first step is to grab your CPP20218 Certificate II in security operations and a first aid certificate. Vigil Training College hold courses for security guards and first aid every week in their Parramatta training rooms. Get in touch today for information about enrolment and obtaining your NSW security licence.

Do I need a police check for my NSW security licence?

Why first aid skills are essential for security guards

9 Life Situations Where You Could Use Some First Aid Skill

How can I Study Now and Pay Later for NSW Short Courses?